Back to team page > 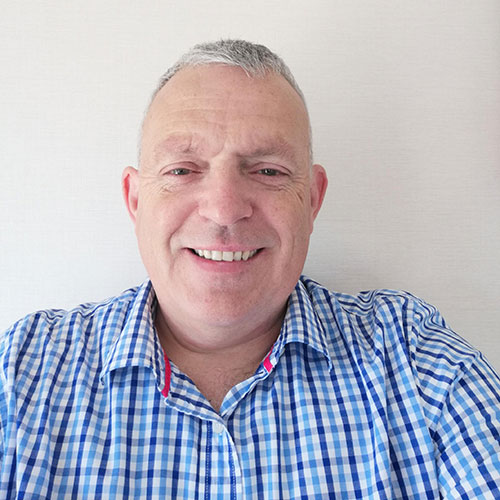 Tony has worked in the banking industry for almost 40 years during which time he has dealt with customers at all levels from the corner shop to Plc’s.

His career started at Yorkshire Bank in Wigan and followed a typical route from junior clerk, cashier to personal loans and mortgages. In the ealry 90’s Tony and his family moved from Lancashire “over the hill” to Yorkshire, they settled in Huddersfield and still live there today. At this time, Tony moved into Business Banking where he spent the remainder of his career with Yorkshire Bank , towards the end of his time with Yorkshire Bank he specialised in larger property transactions and Management Buyouts/Buy in’s. He left in 2005 to join RBS and after two successful years with them Tony joined the expanding Swedish Bank Handelsbanken, initially as a Corporate Manager. In 2008 he became the Branch Manager of Huddersfield branch where he oversaw the growth of the branch into one of the most profitable in the country.

In early 2019 Tony retired from Handelsbanken and joined the team at Red Sky in late 2020 where he enjoys the freedom to deal with customers of all sizes and complexity.

Tony is married with two grown up children and three granddaughter’s who have him wrapped around their little finger. He is a keen follower of Wigan Rugby League and enjoys the occasional game of golf.

I have found Red Sky great to deal with. They are knowledgeable, professional and have been able to accommodate our requirements with what has seemed like ease.

James Brecknock
11:38 18 Mar 21
Excellent service, I was impressed by Andy's understanding of our business after a few phones calls and emails, very professional, highly recommend, thanks again

Simon Bollon
10:17 18 Dec 20
I suggest stop looking at your typical high street banks and try Paul straight away. Saved me lots of hassle and head ache and manage to get me a loan middle on the pandemic and 2% cheaper to the closest competition. His not your typical 9 to 5 office worker sometimes we were exchanging emails at 9pm he was always available to talk and not once we felt he wasn’t the right guys.

Seyed Sarparast (Sami Kolak)
12:53 17 Dec 20
Paul at RedSky provided an excellent and friendly service to source and successfully apply for a loan for my client. Despite originally being refused a loan by their high street bank Paul managed to get us an acceptable alternative at good rates. - I would not hesitate to recommend Paul and his team to anyone looking for funding.

Steve Gordon
16:08 05 Nov 20
From the start of the process Andy was fantastic in arranging finance for our business. He kept me updated with progress all the way through keeping the stress levels to a minimum, even when he was on a weeks holiday. I wouldn't hesitate to use their services in the future.

David Brooke
09:08 21 Sep 20
Fantastic service from the minute we spoke to Martin Bell - personable pragmatic and he managed to get a great deal on our business development finance - wouldn’t hesitate to use again or recommend to others

Emma Sayner
17:31 24 Aug 20
Martin was exemplary throughout the process of putting in place funding for our business. Everything was seamless and transparent, which is exactly what we wanted. Thank you!

Matthew
13:04 14 Aug 20
Peter was very helpful throughout the CBILS process. We faced a number of issues but he was always there to support us and point us in the right direction.

Steve H
16:08 20 Jul 20
Andy from RedSky has been amazing, help throughout the process. Very highly recommended

Alan Talib
12:08 29 Jun 20
Fantastic to deal with and helped us achieve what we wanted at a very busy time.

Danny Bullement
16:14 02 Jun 20
Myself and my husband have been supported by RedSky for over 15 years in our Hi-tech engineering business and we simply couldn't recommend them enough. They will always go the extra mile and beyond and will only find a solution that is totally right for your business, never simply for their gain. Integrity is absolutely paramount for them. They are able to look at the whole of the market for your business solution and are at the forefront of everything that is happening in the business funding world and solutions for SMEs. They really do care about your business.

Claire Summerskill
11:35 30 Jan 20
I have known Martin from Red Sky for a number of years and has been great to work with and obtain the results that we needed. Would highly recommend.

David Grabowski
11:10 26 Nov 19
Have worked with the Red Sky team for many years. Very professional and thorough approach. Always provide honest and constructive advice. Wouldn't hesitate to recommend their services.

Ian Atkinson
10:56 19 Aug 19
very efficient service easy to talk to and kept informed all the way along great service

Dick Lambert
10:45 15 May 18
Fast, efficient and helpful. Would highly recommend!

Lynne Hockney
11:28 12 Apr 18
Gareth at Red Sky understood my business and my funding requirements quickly, he was a pleasure to work with and secured the funding I required. I highly recommend Gareth and Red Sky. If the need arose I would turn to Gareth and Red Sky without hesitation

Sue Robinson
10:50 02 Feb 18
Without Redsky our business wouldn’t of even got off the ground. Gareth was fantastic in putting our business plan together and doing all the paperwork. We can’t thank you all enough hopefully you can change our life’s. Thank you